The most important thing is….!

I am delighted to be part of the Hay House Writing Community. My involvement is helping me to manifest my book; YOU-TURN – Take the power back over your mind, break through the painful barriers that keep you stuck in the past, insecure and projecting a limited future.

Each week we are given a writing prompt. We write freely without editing for just seven minutes and see where it takes us.

Today’s Writing Prompt: The most important thing is…….!

People wake up to what they have got going for them, this amazing source and intelligence of human life and change the world we create. What would be the difference if millions of people understand how life works through them, not to them? For me, there are a few key areas of significant change in society:

Less hatred, judgement and violence as people became less scared, needing to defend themselves from others. We would treat crime differently, as we understand the painful mind that has lashed out at the world to protect itself. We would all support not condemn those who commit crimes. A new culture of we’re in this together, and oneness creates a safer place for our children to grow up.

People would be kinder to one another, accepting difference as a way of life. In an ordinary way, you’ll hear less moaning about how people get annoyed by others and situations. Blaming others for the way you feel would be eradicated. Can you imagine a world where people didn’t point the figure at others as a way of relieving their anxiety – a victimless society that resolves conflict easily.

Less conformity to traditional rules and regulations which strangle our modern human; people wouldn’t feel the pressure to be in a relationship; instead, they would find happiness in their own lives before sharing with another. Stale relationships that no longer serve a couple would dissolve naturally, and harmoniously bringing up the children in a whole new wider healthy family dynamic.

With a bit of editing, a short blog is good to go!

Many of us get lost believing that it’s up to us to work it all out, yet deep down, we know that we are part of something greater than ourselves. We can make better choices; we can use our minds more effectively. First, let’s understand how we get to feel and behave the way we do – through insight, change happens for us automatically as part of the amazing design of human life.

If this resonates, get in touch for a complimentary conversation, you never know; it may be the catalyst to you leading the life your heart and soul is crying out for, but you cannot see how it will happen given your circumstances. E-mail denise@deniseholland.org

What People Say About Working With Denise 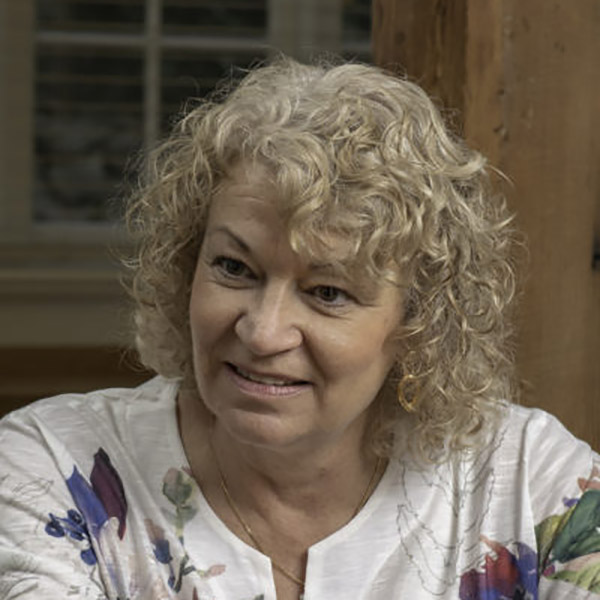 I enjoyed speaking with Denise about the mind and performance. The conversations were very insightful and always had me challenging and questioning the status quo regarding mental performance. The critical pointer Denise gave was that our natural state is freedom of mind, clarity and potential. We don’t need to overexert the mind to find these states. Searching for them often leads us further into tension. I found this very relatable to direct experiences in life and sport.

Denise is impressive in her abilities by any standard. Her ability to teach and develop those around her, mark her out as someone with exceptional leadership and coaching skills. I constantly seek advice and counsel from her and trust her implicitly.

Meeting Denise was perfect timing, written in the stars, foretold, whatever. My world was falling apart, my marriage had ended, my child was in serious trouble, and I was upping sticks and moving up North to run the biggest, most complex project of my career.
Four months later, my project is an astonishing success, my marriage is back on track, and best of all, my baby is coming back to me. I am different at work, at home, inside my head, and others can see it. The dark days aren’t dark any more because they don’t last, and the light days are far more frequent. Denise’s workj isn’t just amazing in the world of sport but any area of life.

Denise has the skills and experience to wake people up to deeper knowledge about themselves. In the sporting arena, this knowledge happens to be crucially important.

After a close family member benefitted hugely, I decided to work with Denise. It transformed my perspective and how I now live my life, clear-minded and knowing what’s truly important to me, which is so relaxing and enriching. I used to live in a place of “It’ll be better when”, so I was never present. “When I’ve sold the business..!” “When I’ve retired..!” When I’ve bought this house or car etc…..!” This program has given me my life back!
Charles Mayhew
Dad, Husband, Entrepreneur, and Sports Coach

Denise Holland is one of my best “students.” She is one of the few students I have asked to teach with me, and I was and remain very impressed with her presence, her knowledge, her wisdom, her feeling and her responsiveness. I would say anyone who works with Denise is in excellent hands.

Before I took part in Denise’s Health and Well Being programme, I stressed in many situations; it would prevent me from taking part in different things. I now look at the situations holistically and not let thoughts prevent me from putting myself forward.

Denise has been instrumental in my evolving understanding of the Three Principles and how they specifically apply in high-performance sport. Her insightful and intuitive way of working has challenged and deepened my fundamental understanding of all human performance. I’ll always be appreciative of her significant role in my development as a performance director and coach.

I was fortunate enough to have a conversation with Denise over a cup of coffee when we met in America. It would be easy to accuse me of exaggeration or sensationalising by making the following statement, but I can only offer you the truth as I see it. The truth is that those few minutes changed my life. I had spent the last 15 years pursuing peak performance, competing internationally in the High jump and achieving a lifetime best of 2.26m. Through my love of this sport, I became a seeker, wanting to uncover the truth of the mind and how to reach that flow state. I’m not saying that I’m now enlightened, but I know that a beautiful, peaceful, loving state is only one thought away, for that, you have my complete and utter gratitude.”

Matthew Roberts
England International High Jumper who came back from breaking his neck!

Denise has a tremendous understanding of how to achieve elite performance in sport. Her contagious enthusiasm is motivating and inspires you to the next level

I enjoyed this course very much as it improved my shooting technique and accuracy dramatically. I learned that you do not have to be controlled by your negative thoughts because they are not you.

Denise’s new approach is great for teamwork, we don’t get upset with each other anywhere near as much, and get over disappointments quickly.

I am so grateful to have worked with Denise, I used to float in and out of different moods and believed it was other things and situations causing them. Honestly, this understanding has changed my life.

I reached out to Denise when my world seemed to be falling apart. I had recently received a diagnosis of two different types of cancer; my son was diagnosed with Pancreatic Cancer and had little time to live. I did not know how to process all of this, and my mental state spiralled! Within ten minutes of quiet time with Denise, I felt everything lifting from my shoulders and a feeling of calm settling in its place. Working with Denise has given me a deeper understanding and knowledge of the mind, it keeps me on a healthy path not only in general day-to-day life but as a life skill in my work environment and sport. Forever grateful to you, Denise.

I appreciate the support Denise gave me when I was transitioning into my new role at Leinster and helping me understand how to ‘free my mind!

I used to struggle to remain calm and confident in stressful situations, what others think of me, what would happen if I did something wrong? We are all capable of achieving, no part of our abilities is lacking! This programme has truly changed me for the best and is perfect during my final year of University.