My expertise for over 30 years is in human performance, I specialise in helping people to unleash their innate creative potential and resilience and lead happy, high-performance, and fulfilling lives.

My career as a coach in elite sports performance for 30 years, fuels my continuous exploration into what a person can achieve through the physical body and mind.

As the captain of the national Hong Kong netball team, I know all about the highs, lows and struggles that go with the territory of success, failure and results! After two World Netball Championships as a player, I moved into coaching, working with two England Netball Superleague teams.

As Scotland’s performance director and national netball coach, I presided over the team’s move up the world rankings to 12th place and qualification for the Commonwealth Games in 2014. What I came to realise is that physical prowess, superior skill capacity and exceptional game understanding, although excellent qualities do not produce world-class teams. For years, I was missing the ultimate game-changing performance variable, a persons’ use of the human mind!

As a Human Performance and Resilience consultant, I help people to understand the power of the mind, that they live and perform freely, without judgement and beliefs which hinder their enjoyment and results. It seems vital to me to go upstream and help people to profoundly understand the source of all human endeavour, as a way of resolving conflict, improving leadership, managing difference and enhancing performance.

“If you are ready for change, I am inspired to work with you! Together, we will explore the fluidity and transient nature of your current perspective, and unleash your innate potential for creativity and achievement in life”. 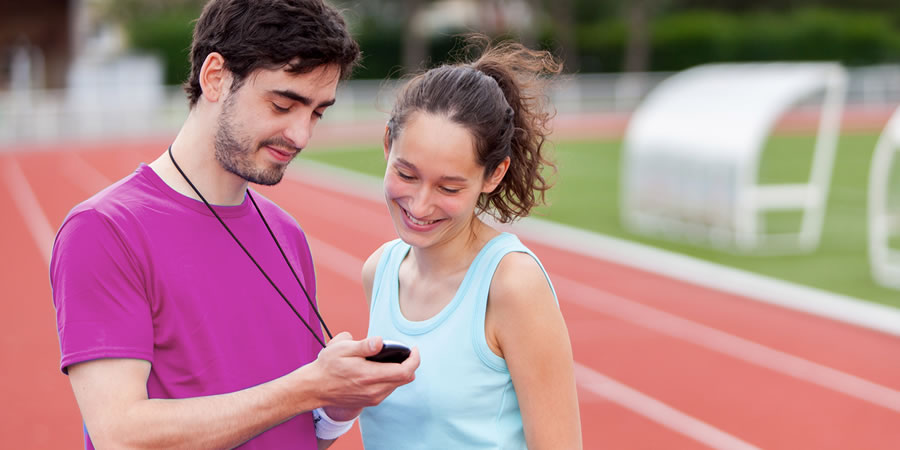 I see that human beings are an amazing creation of nature, full of innate resilience and wellbeing, designed for life. There is opportunity and possibility, everywhere, even among the most challenging circumstances!  An innocent misunderstanding prevents people from living their best lives and the Three Principles explanation, guides people back to self-reliance and peace of mind. From this flows high performance, achievement and fulfilment of both career and life goals.

I am a 3PGC registered practitioner – “The Three Principles Global Community (3PGC) is a non-profit organization that is committed to bringing an understanding of The Three Principles* to people throughout the world.  The Principles have helped people the world over to discover their own well-being and to move closer to achieving their full potential.  The Principles have had a profound impact on every aspect of life, including: education, business and leadership, addiction and PTSD recovery, athletic performance, community work, and marriage and family counseling”.

I am a registered IHEART Practitioner – This non-profit organisation provides a full 10-week curriculum, which meets with Ofsted requirements. This program is designed for 11-18 year olds, to realise that resilience and wellbeing is innate and alwasy accessible – no matter what! 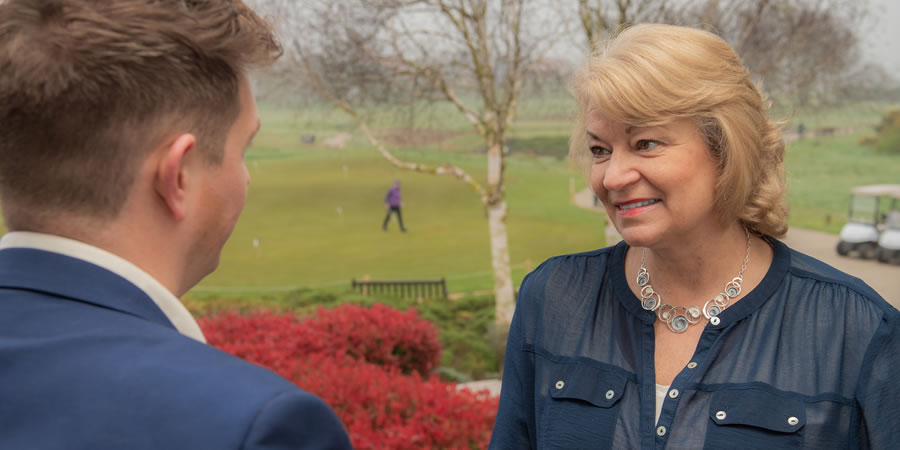 How I can help you

I draw on my grounding in the Three Principles and over 30 years of experience involved with elite sports teams, to help you to be on your game when it counts. I know what it takes for human beings to collaborate with ultra-efficiency at its core; seamless communications, effective use of time, and a no-blame culture, vital ingredients arising from people who enjoy a healthy headspace, naturally equipped with innate resilience and wellbeing. This unique transformative conversation brings harmony to your relationships, you’ll suffer less and enjoy every part of your life.

WellofWellbeing CIC is a Community of Interest Company, not for profit organisation. I am the Chairperson of the Board of Directors, providing leadership to raise funding for projects around the world to help people to suffer less and live more fully with clarity of mind, wellbeing, peace and joy. To be a Partner and make a donation to this life-changing enterprise, click here:

What People Say About Working With Denise

I enjoyed speaking with Denise about the mind and performance. The conversations were very insightful and always had me challenging and questioning the status quo regarding mental performance. The critical pointer Denise gave was that our natural state is freedom of mind, clarity and potential. We don’t need to overexert the mind to find these states. Searching for them often leads us further into tension. I found this very relatable to direct experiences in life and sport.

I enjoyed this course very much as it improved my shooting technique and accuracy dramatically. I learned that you do not have to be controlled by your negative thoughts because they are not you.

Denise’s new approach is great for teamwork, we don’t get upset with each other anywhere near as much, and get over disappointments quickly.

I am so grateful to have worked with Denise, I used to float in and out of different moods and believed it was other things and situations causing them. Honestly, this understanding has changed my life.

Denise has been instrumental in my evolving understanding of the Three Principles and how they specifically apply in high-performance sport. Her insightful and intuitive way of working has challenged and deepened my fundamental understanding of all human performance. I’ll always be appreciative of her significant role in my development as a performance director and coach.

Denise has a tremendous understanding of how to achieve elite performance in sport. Her contagious enthusiasm is motivating and inspires you to the next level

I used to struggle to remain calm and confident in stressful situations, what others think of me, what would happen if I did something wrong? We are all capable of achieving, no part of our abilities is lacking! This programme has truly changed me for the best and is perfect during my final year of University.

Before I took part in Denise’s Health and Well Being programme, I stressed in many situations; it would prevent me from taking part in different things. I now look at the situations holistically and not let thoughts prevent me from putting myself forward.

I was fortunate enough to have a conversation with Denise over a cup of coffee when we met in America. It would be easy to accuse me of exaggeration or sensationalising by making the following statement, but I can only offer you the truth as I see it. The truth is that those few minutes changed my life. I had spent the last 15 years pursuing peak performance, competing internationally in the High jump and achieving a lifetime best of 2.26m. Through my love of this sport, I became a seeker, wanting to uncover the truth of the mind and how to reach that flow state. I’m not saying that I’m now enlightened, but I know that a beautiful, peaceful, loving state is only one thought away, for that, you have my complete and utter gratitude.”

Matthew Roberts
England International High Jumper who came back from breaking his neck!

Denise has the skills and experience to wake people up to deeper knowledge about themselves. In the sporting arena, this knowledge happens to be crucially important.

Meeting Denise was perfect timing, written in the stars, foretold, whatever. My world was falling apart, my marriage had ended, my child was in serious trouble, and I was upping sticks and moving up North to run the biggest, most complex project of my career.
Four months later, my project is an astonishing success, my marriage is back on track, and best of all, my baby is coming back to me. I am different at work, at home, inside my head, and others can see it. The dark days aren’t dark any more because they don’t last, and the light days are far more frequent. Denise’s workj isn’t just amazing in the world of sport but any area of life.

Denise Holland is one of my best “students.” She is one of the few students I have asked to teach with me, and I was and remain very impressed with her presence, her knowledge, her wisdom, her feeling and her responsiveness. I would say anyone who works with Denise is in excellent hands.

I reached out to Denise when my world seemed to be falling apart. I had recently received a diagnosis of two different types of cancer; my son was diagnosed with Pancreatic Cancer and had little time to live. I did not know how to process all of this, and my mental state spiralled! Within ten minutes of quiet time with Denise, I felt everything lifting from my shoulders and a feeling of calm settling in its place. Working with Denise has given me a deeper understanding and knowledge of the mind, it keeps me on a healthy path not only in general day-to-day life but as a life skill in my work environment and sport. Forever grateful to you, Denise.

After a close family member benefitted hugely, I decided to work with Denise. It transformed my perspective and how I now live my life, clear-minded and knowing what’s truly important to me, which is so relaxing and enriching. I used to live in a place of “It’ll be better when”, so I was never present. “When I’ve sold the business..!” “When I’ve retired..!” When I’ve bought this house or car etc…..!” This program has given me my life back!
Charles Mayhew
Dad, Husband, Entrepreneur, and Sports Coach

I appreciate the support Denise gave me when I was transitioning into my new role at Leinster and helping me understand how to ‘free my mind!

Denise is impressive in her abilities by any standard. Her ability to teach and develop those around her, mark her out as someone with exceptional leadership and coaching skills. I constantly seek advice and counsel from her and trust her implicitly.

Together we made it happen, girls and young Mums leading better lives, growing and developing through sport, our wonderful game of netball. During [...]

Are You Feeling Stuck or Trapped?

Feeling stuck or trapped in your current circumstances? If you're waiting for your situation to change in order to feel better, I invite you to take a moment today to listen to this bite-sized wisdom. [...]

Find yourself ruminating on situations that haven't happened yet? Have a listen to today's bite-sized wisdom for some fresh insight on this common habit of thought. ❤️ I've recorded a short version in video and a longer version [...]

To find out more about how I work, check out my training programs or get in touch to book a FREE 1:1 transformative coaching session.